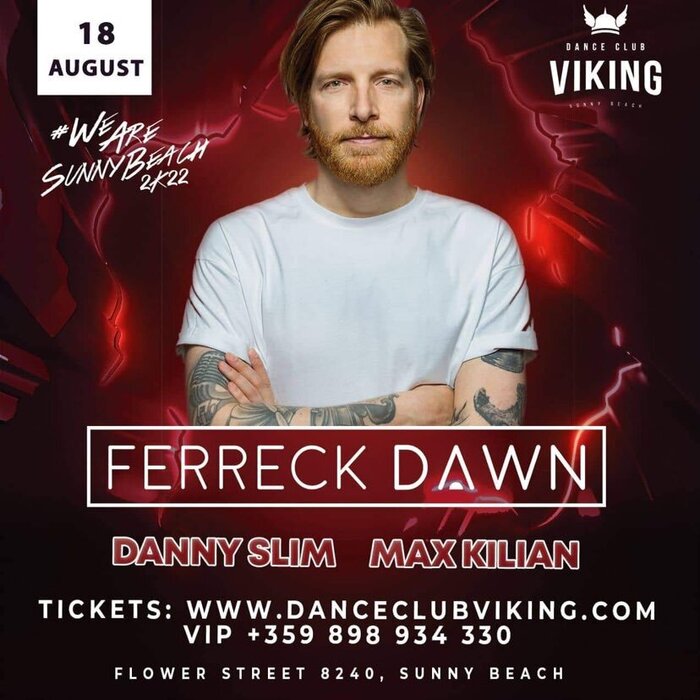 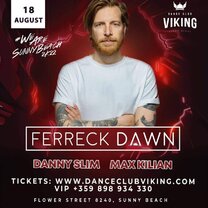 Ferreck Dawn is all about the drums. They have to be heavy and physical to get his dance floors full, while the vocal details bring the all-important heart and soul. After 20 years in the game, this signature sound is what the Dutchman is recognised for around the world. It has taken him to every major club and festival, to labels like Defected, Repopulate Mars and Club Sweat and to the Beatport number 1 spot a number of times. "I like to please everybody on the dance floor," he says of this mix of the visceral and more emotional. Whether using original vocalists or digging deep for a sample, it is the melody, soul and texture of the human voice rather than the words that Ferreck is drawn to. And it has been this way since his international breakout tune in 2014: 'Love Too Deep,' with his friend Redondo, got signed to Spinnin Records, made the daytime playlist on BBC Radio One and led Ferreck to quit his job and pursue music full time. His early tunes soon got support from the likes of Carl Cox, Luciano and Green Velvet, and another milestone came with 'In Arms' on Defected in 2018. It became one of the most played tracks of the Ibiza season, reached the overall number 1 on Beatport and gathered over 70 million streams. In 2021, he repeated the trick of serving up a sizzling summer anthem and Beatport chart-topper with 'Back Tomorrow' together with UK powerhouse singer Jem Cooke, again on Defected. As with many of his tunes, global radio support and high-profile DJ plays helped make it a modern classic.Part of the reason Ferreck remains a chart-topping producer after nearly 20 years is his ability to do it all. He searches out interesting collaborators from different sub-genres to mix it up and find new inspirations. Whether it's David Guetta's house aliasJack Back, 'The Void' with Lee Foss, 'My Own Way' with A-Trak and Lord, he never stops evolving. Of course, the best in the scene also come calling for the famous Ferreck sound: he has remixed an a-list of artists including Diplo, Tiesto, Martin Garrix, Vintage Culture, Claptone, Oliver Heldens and many more. Ferreck traces his love of chunky bottom ends back to his earliest experiences of dance music. Growing up in the Netherlands, he was surrounded by gabba and hardcore. It swept him up and defined hisearly years as DJ Dusk. But the often high tempos and impenetrable grooves proved to be a creative dead end for him once he began producing. He had more to say and was keen to explore a wider array of moods and grooves so added a stylized version of his own first name, Freek, and flipped Dusk to Dawn. He gravitated towards a unique mix of powerful techno drums and emotional house vocals and Ferreck Dawn was born. As a DJ now, he understands people want to hear the signature Ferreck sound. So in the booth, he balances his own productions with tracks that speak most to him, as well as some carefully chosen classics and future gems. This means he is able to smash out a high-impact 90-minute festival set at Extrema Outdoor, but also go deeper and play all night long at cult clubs like London's Fabric, and everywhere in between.Fresh off the back of his first solo tour of the US, Ferreck has a wealth of new music coming with Meduza, Vintage Culture, Dom Dolla and Izzy Bizu. "If I won't play it, I won't release it," he says, "and I stand by that 200%." It is that quality control that has kept him at the top of his game for almost 20 years.